Bigg Boss 14: Rakhi gets emotional due to their mother’s illness 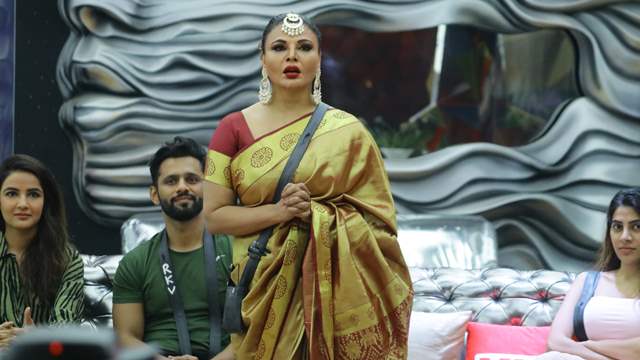 Family Week continues inside Bigg Boss 14‘s house. Rakhi Sawant’s mother appeared in the show talking to him through a video call. The actress’s mother talked to her daughter from a hospital bed.

He tells Rakhi that it has been three days since he was hospitalized and that son-in-law Ritesh is taking good care of him. Rakhi is happy to hear this but she is saddened to learn that her mother will have surgery.

Later Rakhi goes to the Sawant Garden area and becomes emotional. She prays for her mother’s well being. Eli Goni who was there at the time consoled him and said that he would offer namaz three times a day for his mother’s good health.

Jasmine Bhasin also hugged Rakhi. Rakhi’s mother has a bleeding problem, which is related to her stomach, so she has to undergo surgery. Rakhi says that she has to be nice to him as she has none other than a mother.

She asks the mother to prepare Ritesh for not hiding his identity and to come forward. Yesterday (Friday) during the beginning of the episode, Rakhi is seen saying to Arshi that she feels Riteish has forcefully married her, and hence he is not open about it. He said this was the fourth time he had agreed to marry.

However, Rakhi said that there could be more reasons for not disclosing. Rakhi asked her mother to congratulate Riteish on my behalf.