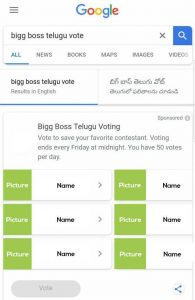 So the nominated contestants of the final week of Bigg boss Telugu 2019 are Baba Bhasker, Ali, Varun, Sreemukhi and S. Jyothi. These are the finalists of Bigg Boss Telugu 3.

The grand finale is going to premiere soon on the Star Maa TV channel from 9 PM. You can watch the episode live on Star Maa.

Ali Reza was evicted before the grand finale and Rahul Sipligunj was announced as the winner of Bigg Boss Telugu 3 on Grand Finale.