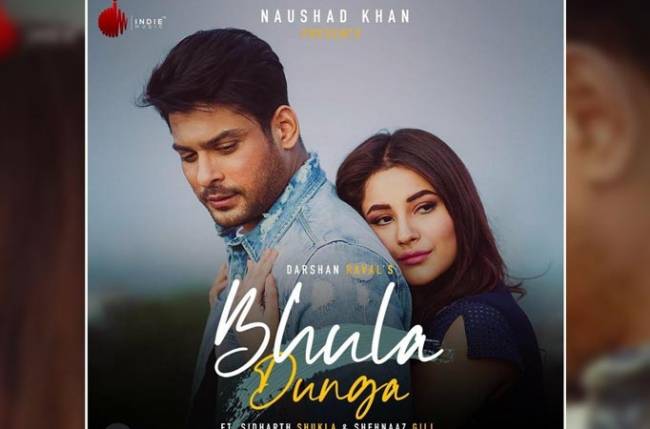 The song is live on a YouTube channel named “INDIE MUSIC LABEL” and surprisingly this video gets on trending #1 within three hours of the launch of this video.

The song is sung by a melodious singer Darshan Raval. The track was all about the love and pain of their life.

The lyrics penned by Gurpreet Saini and Gautam Sharma. Puneet J Pathak is the director of this song.

In the video we can see the heartbroken Siddharth memorizing his love Shehnaaz, in the video, Shehnaaz had left Siddharth Shukla and decided to stay away from his life and we can see a charming guy filled with the emotions memorizing all the moments they had to spend with each other. At the end, Shehnaaz decided to get back in Siddharth’s life but he rejects her proposal as he seems to get consumed with his emotions a lot.

Siddharth Shukla and Shehnaaz Kaur acting are awesome. Their inhouse chemistry can also be seen on camera. The way the video is directed made people memorize the chemistry of SidNaaz in Bigg Boss 13.