Siddharth Shukla, who won the title of Bigg Boss 13, is a native of Uttar Pradesh. His family hails from the Allahabad district. He was born on 12 December 1960 in Mumbai.

Today we will take a deep look at Siddharth Shukla’s life and know more about him.

Siddharth stepped into acting in 2008 with the television show Babul Ka Aangan Chhote Na. He later also starred in Jaane Paanch Se Yeh Ajnabee, Luv Yu Zindagi and Balika Vadhu. In 2013, he also participated in the dance reality show Jhalak Dikhhla Jaa. Siddharth also played the supporting actor in Humpty Sharma Ki Dulhania. In this film, he played the role of NRI doctor Angad Vedi. He was also awarded the Star Dust Award for this role.

Siddharth hosted the crime show Savdhaan India in 2014, in 2016 he also participated in the stunt reality show Fear Factor Khatron Ke Khiladi 4. From this show, he was out in the beginning weeks but he returned again with a wild card after he became the winner of the show. He also hosted the India Got Talent Show with Bharti Singh.

In 2016, he played Parth Bhanushali in Dil Se Dil Tak. Siddharth has also been awarded the Zee Gold Award in 2014. Significantly, Siddharth recently participated in Bigg Boss 13 and has always been in the headlines. In the end, he was declared the winner of the show. 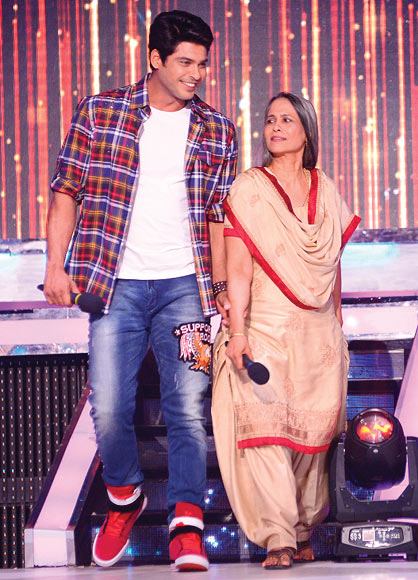 Siddharth’s father’s name is Ashok Shukla and his mother’s name is Rita Shukla. His father is a civil engineer and works in the Reserve Bank.

Siddharth Shukla is currently single, He is yet to marry.

Siddharth was known to be a serious student during his academics. Here are a few details about his educational qualifications.

Siddhartha did his primary education at St. Xavier’s High School in Fort and earned a degree in interior design from Rachna Sansad. Siddharth is also a good player in tennis and football.

Siddharth has done multiple films and serials in his life. He has acted in movies like Humpty Sharma Ki Dulhania which was his debut film.

Siddharth Shukla became drastically popular after his role in Balika Vadhu. After that, he has appeared in various reality shows like Jhalak Dikhla Ja and Khatron Ke Khiladi.

Siddharth Shukla was arrested by the Mumbai Police in 2018 for the Drink & Drive case. He was fined Rs. 5000 to get free.

Siddharth was once engaged in a fight with his co-star Rashmi Desai on the set of Dil Se Dil Tak.

Siddharth Shukla was always engaged in some sort of fight with his co – Bigg boss contestant, Asim Riaz.

As per the reports, Siddharth Shukla loves Pav Bhaji. His favorite film stars include actors like Amitabh Bachchan & Shahrukh Khan.

His favorite movies include movies like Agnipath, Deewar and Dilwale Dulhaniya Le Jayenge.

Siddharth Shukla won the title of Bigg Boss 13 Winner by getting the highest amount of votes in the Bigg Boss Grand Finale Voting Poll.