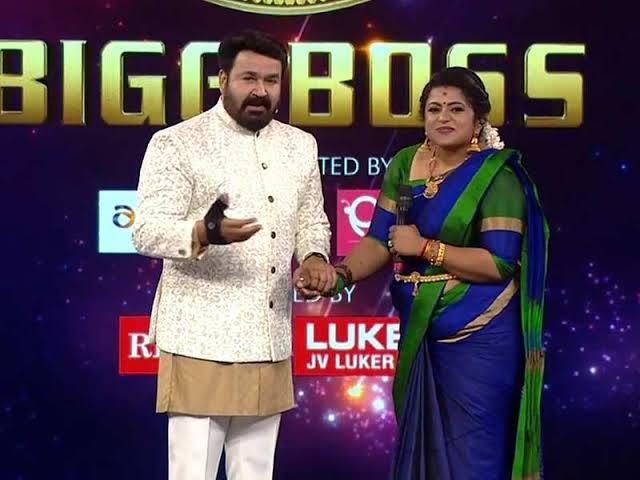 During the episode, we have seen Mohanlal takes the name of all the 4 contestant one by one and ask them to play a ‘scratch the card’ game. On card Alsandra, Sujo and Abhrima-Amrita got the saving care and later on Shahji and Veena were remaining and then Shahji got to save the card and hence Veena was evicted from the show.

After the eviction, we can see every contestant was in tear specially Veena’s Bff Arya. Arya felt very sorry for using her power card.

Veena had a conversation with Dr.Rajith Kumar before leaving the house and said that he is her favorite contestant as he seems like his father to her.

Later, when Veena met Mohanlal she went emotional because Mohanlal had shown her roller coaster journey.

Veena also said, “I had never thought that I had so much anger in me. I am happy to leave the house as the atmosphere is changing day by day and it will be tough to cope up in sich atmosphere”

Veena was one of the strongest contestants in the house. She had been so much independent in the whole game and she went through so much of fight which broke her internally.