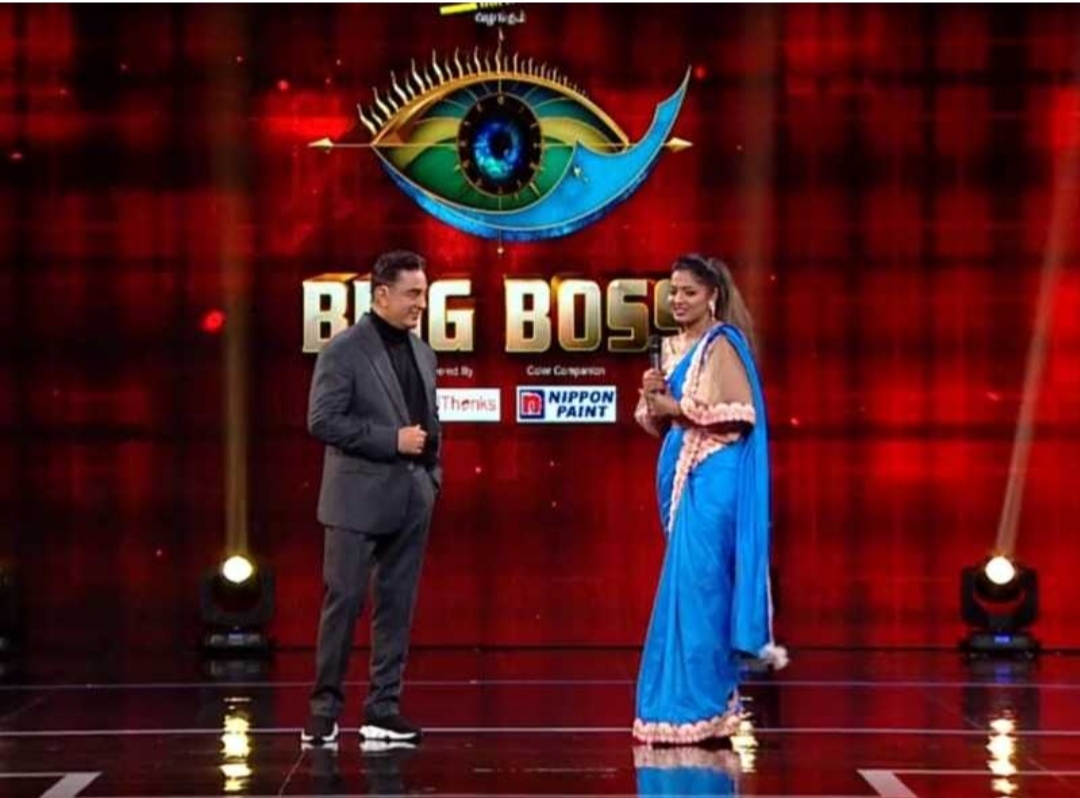 This weekend we have seen Host Mohanlal talking about ‘Karma’.He talks about how karma works and how karma revolves around a person in his life.

In today’s episode, Sarvananproposes the idea of asking some questions to Kamal. All the contestants had asked which character he loved the most which they had performed in the recent task Podu Aatam Podu.

Madhumita was already saved by Mohanlal earlier but during the weekend he had given a task to the nominated housemates to unlock themselves from the cuffs. While Sarvanan is trying to set him free, Kavin gets himself safe and then Abhirami also sets her free.

Later on, Kamal Hassan announces that Reshma Pasupuleti is getting evicted from the show this week. After hearing this Mugen Rao and Abhirami break down after seeing her eviction. After spending an emotional moment with the housemate she exited from the main gate.

During the post-eviction period, Mohanlal shows her a video file of her journey. The ups and downs in the show

Kamal asked Reshma about her journey in the house. Replying to this she said, “It was an awesome journey. I didn’t think I would be able to survive this much of weeks in the house”

She also says that she entered the house with the intention of spreading awareness that a single woman can do everything that a man can do.