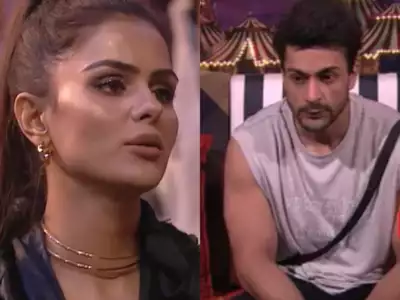 The upcoming episode of Bigg Boss 16 will see some big drama as there will be a verbal argument between contestants Shalin Bhanot and Priyanka Chahar Chaudhary. Then there will also be a debate between Suman and Archana Gautam in Shekhar Suman’s Monday Ka Vaar.

Talking about the upcoming episode, Abdu Rojic will be seen making fun of Shalin Bhanot’s constant need for chicken in the show. He will be seen imitating Shalin requesting Bigg Boss to send a chicken. However, Shalin loses his cool when he sees Priyanka Chahar Choudhary along with some other contestants making fun of him on the same matter.

The actor can be seen telling Tina Dutta how everyone is making fun of her medical issue which requires her to consume a certain amount of protein a day. Shalin Bhanot then starts a fight with Priyanka Chahar Choudhary who questions her as to why she was laughing when Abdu Rojic was doing the same thing. Shalin, in his turn, accused Priyanka of just talking nonsense and making fun of others.

Shalin Bhanot then said that Priyanka Chahar Chaudhary does not have the standard to appear on the show, using the word ‘aukat’ in Hindi, which makes the latter angry. The actress says that the world is now seeing the real Shalin. The two indulge in a very nasty fight with the other members of the household interfering. In the end, Priyanka says “wrong girl se panga liya hai”.

Apart from this, Priyanka Chahar Chaudhary also gets into an argument with Archana Gautam. The two will be seen fighting each other when Shekhar Suman comes to the show for his segment. Archana also calls Priyanka ‘Chamchi’.

Priyanka was also seen talking with Ankit Gupta about how Salman Khan does not like Shalin at all and is not even interested in talking to him. We wonder if this will be the issue of Vaar this coming weekend.