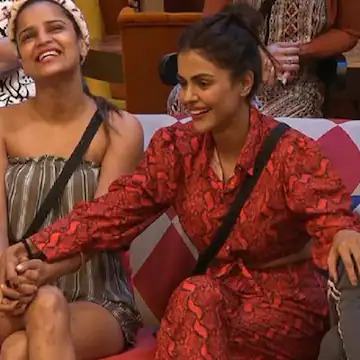 The reality shows Bigg Boss 16 has now completed three weeks and fans are trying hard for their favourite contestants. BB 16 contestants Priyanka Chahar Choudhary and Archana Gautam have garnered love from the audience with their strong personalities. A section of fans enjoyed their equation on the screen. However, it seems that the tables have now turned.

In the latest promo of the reality show shared on the media feed of Colors’ official Instagram page, Priyanka and Archana can be seen getting into an ugly brawl over some kitchen work. While Priyanka can be seen cleaning the kitchen slab, Archana is cooking.

As the promo progresses, the two get into an argument over the water jug. This debate turns into a heated argument. This fight escalates so much that both of them start shouting at each other. At one point, Priyanka tells Archana, ‘The house is not yours.

Apart from this, there are many more entertaining moments in the upcoming episodes. Interestingly, in the coming episodes, the family members will be given a golden opportunity to earn some extra ration for themselves with a new task. Known as the ‘Boys and Girls Hostel’, the contestants will be divided into two teams in a hostel. Meanwhile, Sajid Khan and Archana Gautam will be named as the warden of the boys and girls hostel respectively.

Bigg Boss will add a boy and a girl as partners who will be assigned the task. The winners of the task will get one point each. From time to time, the owner of the house assigns some extra activities to the teams, from which they will get some extra ration material.