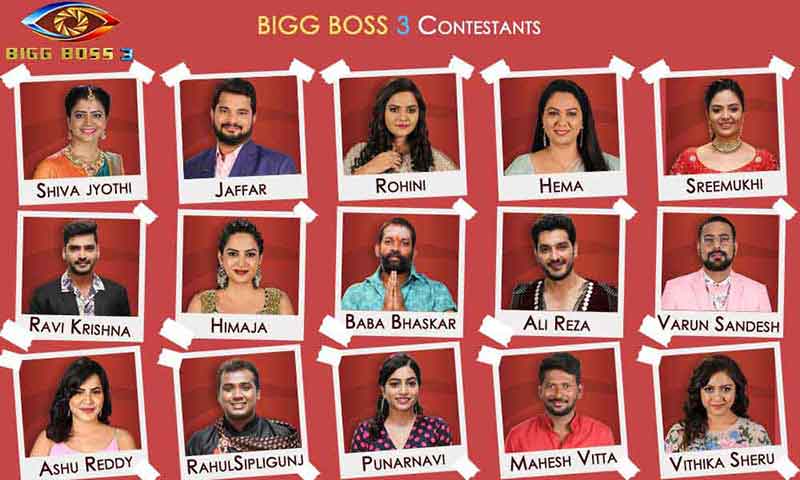 Bigg Boss Telugu is all set to air on 21st July on MAA TV with megastar Akkineni Nagarjuna.

After Bigg Boss Telugu 2 gets blockbuster, makers decided to launch a new season as soon as possible, but apparently it will be aired on 21st July.

Learn how to vote for Bigg boss Telugu contestants.

The actress from Vijayawada will be the familiar face for many faces. She made her cinematic entry at the age of 17.

This couple needs no introduction as they are already famous. The couple when met on the set of Bigg Boss, Varun said “He won’t mind if her wife won the show as she is her wife”

3) Ashu Reddy
Ashu Reddy is an influencer. She is Tiktok star and even gets famous for her lips sync video. She is also popularly known as “Junior Samantha” for her striking resembles with South superstar.

Jaffar Babu is the most controversial journalist in South India. He is also been trolled a lot for his fake journalism as he creates lots of dramas in his interview.

He is the choreographer by profession and he even worked in many Tamil, Telugu, and other South Indian films.

One more internet sensation in Bigg Boss Telugu. He is known for his comedy series Fun Bucket. He even appeared in many Telugu films as the sidekick. Mahesh Vitta is also interested in VFX. He had completed his MCA in Hyderabad.

He acts on the small screen and he is famous for his successful shows like Pasupu Kumkuma and Mate Mantramu. He is also called a small screen Mahesh Babu.

The hot and famous playback singer will also be appearing in the show. Rahul had a huge fanbase already and he has high chances to win the show.

There is some of the names of the contestants that had been revealed. Stay updated for more.